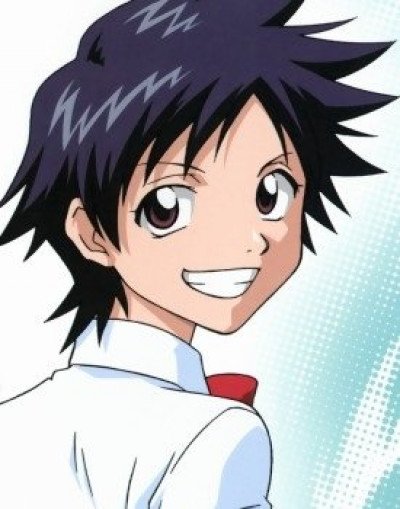 Tatsuki Arisawa is a student at Karakura High School, and is in the same class as Ichigo Kurosaki, her childhood friend and former karate partner. Tatsuki is a teenager of average height with black hair and brown eyes. She has a contrasting appearance to her best friend Orihime Inoue. Tatsuki is a tomboy, and has a very lean frame compared to Orihime's curvier figure. Her hair used to be short and dark, kept spiked out at the sides, in tune with her less than feminine appearance. She usually appears in her school uniform or her karate outfit while training in school or at the dōjō. Seventeen months later, Tatsuki's hair is much longer, reaching down past her shoulders. Ten years later, Tatsuki wears her hair short again, reaching as far as her neck only. Tatsuki is a tomboy who is bold, outgoing, and extroverted. She is laid back and levelheaded most of the time, unless she is provoked by somebody. She aggressively uses her great strength to deal with anyone who troubles her or her friends. She easily hits anyone who annoys Orihime or gives her some sort of deep personal insult, seen when Kon, while inside Ichigo's body, gives her a compliment and apparently kisses her on the cheek. She stays angry for some time, even after wrecking much of the classroom and Kon flees the scene. She has a lot of insight on Ichigo's personality. When they were children, Tatsuki regularly saved Ichigo when he was getting beaten up, as well as cheering him up when he was upset. A tomboyish karate practitioner with dreams of becoming a vale tudo champion and already ranking Japan's second strongest in her age group, her only obvious feminine trait is how she writes her name using hiragana, though this is because she thinks it looks feminine while she considers the kanji of her name to be unappealing. Tatsuki is constantly protecting Orihime from men looking for a date, as well as the school lesbian Chizuru Honshō (who often approaches and tries to grab Orihime's chest). Tatsuki has done this since middle school, when she beat up some bullies who were trying to cut Orihime's hair, and had already done so once before Orihime's brother died. After that, Tatsuki promised to protect her from anyone who dared to make her cry, and she and Orihime became best friends.