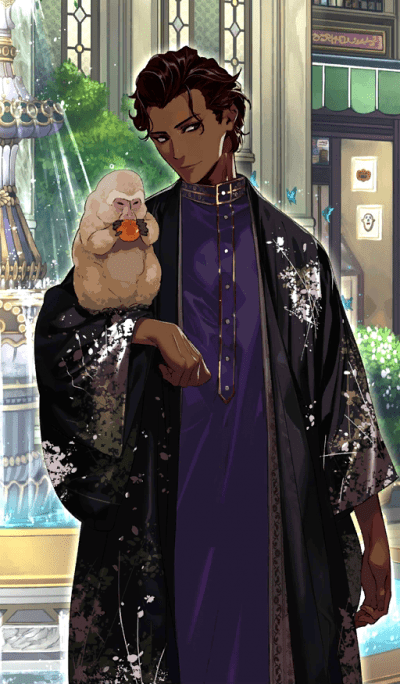 Arjuna, Class Name Archer, is an Archer-class Servant summoned by Ritsuka Fujimaru in the Grand Orders of Fate/Grand Order. Extremely diligent, integrous, just and upright, Arjuna has a flawless personality with no faults to point out and hit on. He has an honest and faithful personality that seems to embody justice itself. At the very least, the people around him, including Karna, perceived him that way. The perfect person in the manner of a superman, he is on a standard that is said to be him being compelled to "having come" to the aid of others like a certain Knight of the Sun. He has no interest in wealth, whether the battle is an honorable one or not. And that is whether it is all in accordance with his sense of values (by the ancient Indian customs) as a warrior. He is self-indulgent with the prestige of the battlefield. ... However, when the opportunity has come, Arjuna will wonder and carry out all kinds of cowardly schemes. Although he is extremely hesitant in the preliminary stages, when he wonders if he can carry them out at that time, he lets a wicked smile show. That should not be seen by anyone——suppose someone sees it, he warns himself that he has no choice but to kill that person. Inside his heart, Arjuna carries another personality that can be called "Black". A wicked one that hates, scorns and plots evil designs against someone. Not being able to accept that fact, he behaved as if it was an attendant by his side... This is a digression, but Krishna - the reincarnation and eighth avatar of Vishnu - was a hero that exists separately from Arjuna's other personality. Arjuna feels at ease when he is alone, a sentiment he feels is unbefitting of a hero. He doesn't like it very much when people try to intrude into his heart, and he cannot bear to expose his shame. Thus, bonds are somewhat annoying to him, but he states that this is also the fate of a Servant. His wish for the Holy Grail is eternal solitude. Fundamentally quiet, Arjuna openly follows his Master like a butler, and most Masters would view him as someone without the slightest display of pride and the likes when he was actually of royalty. When it comes to him and his Master, having his greatness be recognized is irrelevant to the fact that he highly regards his partner as his Master. However, if the Master tries to take a grip to the point of attaining the Servant's true nature like a certain ordinary Master for instance, there is a likelihood where Arjuna is willing to murder his Master as well. Alternatively, for the Master who seems to have seen his true face, he becomes terribly sad, and impores his Master to keep it a secret. "Trust" is not the only thing gained when grasping the true nature of a partner. There is also a possibility of losing "trust" surely from "grasping the true nature of a partner." For example, even if the partner accepts that darkness, the way Arjuna carries that dark side is all the more something he feels ashamed of.