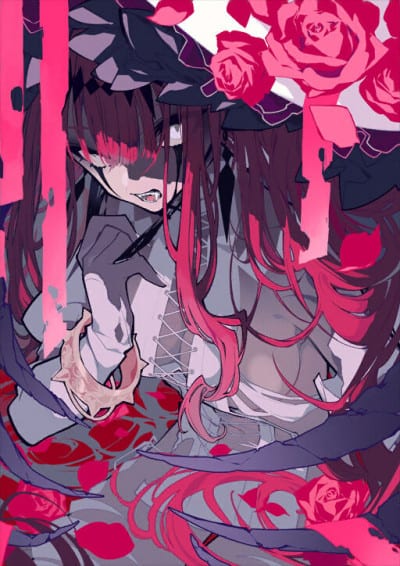 Baobhan Sith, Class Name Archer, is an Archer-class Servant summoned by Ritsuka Fujimaru in the Grand Orders of Fate/Grand Order. Diplomatic and active. Her disposition is that of a ruler who speaks of her desires unabashedly and works the people around her hard to realize them. With her hedonism of living only for the moment, she's satisfied as long as she feels good in that current instant. She prefers fun just like any fairy would, but the only "fun" thing she knows is the suffering voices of the disadvantaged and, as a result, she often gets carried away toying and trampling the weak, regardless of whether they are fairy or human. (Since she's never been loved and her "mother" Morgan has only ever praised her when she was "tormenting the weak", she's learned to enjoy it). A young witch blending the image of an admirable young girl working hard to be loved by her mother with the haughtiness of a princess who sees the kingdom that will be hers once as a toy. Seeing good and pure deeds truly sickens her so she makes sure to thoroughly vilify them. Her reasoning is: "It's obviously because I find these boring". Baobhan Sith wasn't interested in almost anything and her only hobby was committing vandalism, but Beryl's stories about the "civilization of the Greater Human History" put her in high spirits and she became obsessed with imitating Greater Human History. "Wouldn't it be fun to hold a military tournament in a historic castle~? Of course, everyone other than first place would be killed as punishment☆" In the process, she became completely captivated by the Greater Human History's "shoes (high heels)" and became a shoe collector. When it comes to shoes she is sincerely and genuinely diligent, dreaming of making shoes that are more stylish than any pair the craftsmen from the Greater Human History could come up with....In the bedroom of such a Baobhan Sith (princess), the bare feet of fairy folk cut off from their heels that she collected are enshrined like treasures. It is revealed in the second third of Avalon le Fae that Baobhan Sith had once been a very kind fairy who worked tirelessly to help others. However, just like her adoptive mother, the ungrateful Fae betrayed and savagely attacked her. Morgan found her after one such betrayal having had her limbs torn off, and adopted her as her child. Because Morgan recognized that Baobhan Sith would no longer be able to resurrect herself, she was raised to suppress her kindness under the pretense that she had earned the right to be selfish, hence her cruel, sadistic nature. However, beneath that is the mentality of a girl terrified of losing her adoptive mother's love, driven to near-madness by the malice of the fairies. At its worst, she descends into a state where she cannot even be called lucid, with her very sense of self growing unstable.