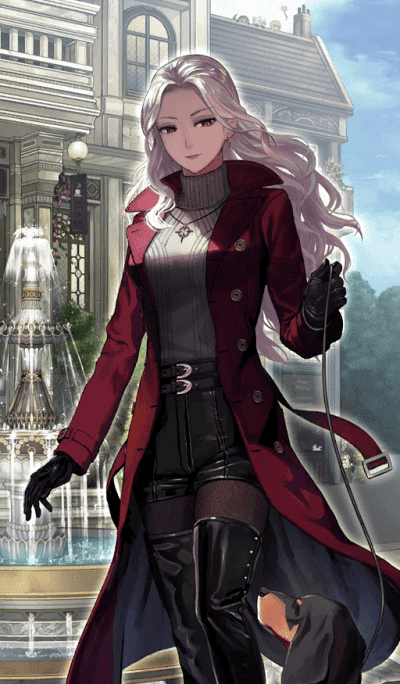 Carmilla, Class Name Assassin, is an Assassin-class Servant summoned by Ritsuka Fujimaru in the Grand Orders of Fate/Grand Order. Compared to her younger counterpart, all portions of Carmilla's body has grown splendidly in abundance. Every factor of her life, such as her livelihood as a noble that spanned many years, her contempt for humans except for her fellow blood relatives due to being hardened by them, and so forth, all pushed the former Elizabeth into a bizarre killer. Haughty, proud, and extremely arrogant, her body is coiled around with every vanity; it is like sulfuric acid turned into human form. Touch her, and all things will be inflamed immediately. And yet, stupidity exists at her core——to put it another way, it is possible to say that she has a faint goodness within her that just barely stops her audacity. Naturally, Carmilla will betray a clearly bad Master, and she will even embrace the recognition of being called a traitor. But still, even if she does not go as far as to serve, if it is probably a Master with a bottomless goodness, one who is aware of, and furthermore, accepts her past, in that case, she will appear to become willingly cooperative. She who became Carmilla is completely incompatible with Elizabeth, and the two have a relationship of trying to kill each other. This is because the young Elizabeth is refusing to become like Carmilla, while for Carmilla, Elizabeth is an intolerable symbol of enjoying youth while indulging in ignorance. In regards to the Holy Grail, Carmilla will probably wish for eternal youth. Finally then, she might truly regain her figure as a composed bureaucrat. Although the victims of that process might end up being completely ignored.