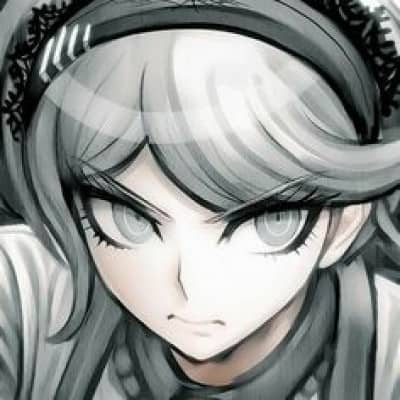 Kirumi Tojo is a student in the Ultimate Academy for Gifted Juveniles and a participant of the Killing School Semester featured in Danganronpa V3: Killing Harmony. Her title is the Ultimate Maid. Kirumi is a refined, mature young lady who's described as "a professional who does a perfect job". She has a keen mind and she is talented in various ways, reportedly able to carry out any job, as well as capable of being independent and do things on her own. She is polite and formal, as well as quite serious, and very willing to use all of her power to cooperate with the other students. She is intelligent, observant, and level-headed. Her intelligence can be shown when she is speculating. Her speculations are provided with a fact and thus they are quite hard to refute—for example, when she accused Gonta as the culprit of Rantaro's murder case everyone believed in her well-thought, descriptive accusation until Kaede objected it with a solid evidence. In Chapter 2, when the students discovered the half hallway of 2nd floor and the third floor, she felt that no one had set foot on the academy for a quite long time based on small details, and when she found out that the rooms of the deceased are locked by Monokuma, she thought that it was needed to be done in order to secure Rantaro's belongings, since Monokuma himself mentioned that he may have had a hunch about the truth behind the Killing Game. As a maid, Kirumi's creed is "selfless devotion". Thus, she has a very strong sense of duty and a will to work for the sake of others even during the Killing Game. She voluntarily does house work such as cleaning and preparing meals for the students, even making sure each time that there's both Japanese and Western cuisine. Because of this, the other students seem to have strong trust in her, and she tends to wait outside the dormitory in case anyone has any requests for her. She is also shown to be very considerate and often asks the others if they are doing all right and gives them some advice. Her concern and kindness is often described as "motherlike", with Kokichi and Gonta even asking her to be "their mom". However, being a high school student, Kirumi completely denies such comparisons. Even in her last Free Time Event with Kaede, she stated that she dislikes being called the "mom" of the group, and in one of her Free Time Event with Shuichi, she said that being called a mom can be taken as an insult for some women, including her.