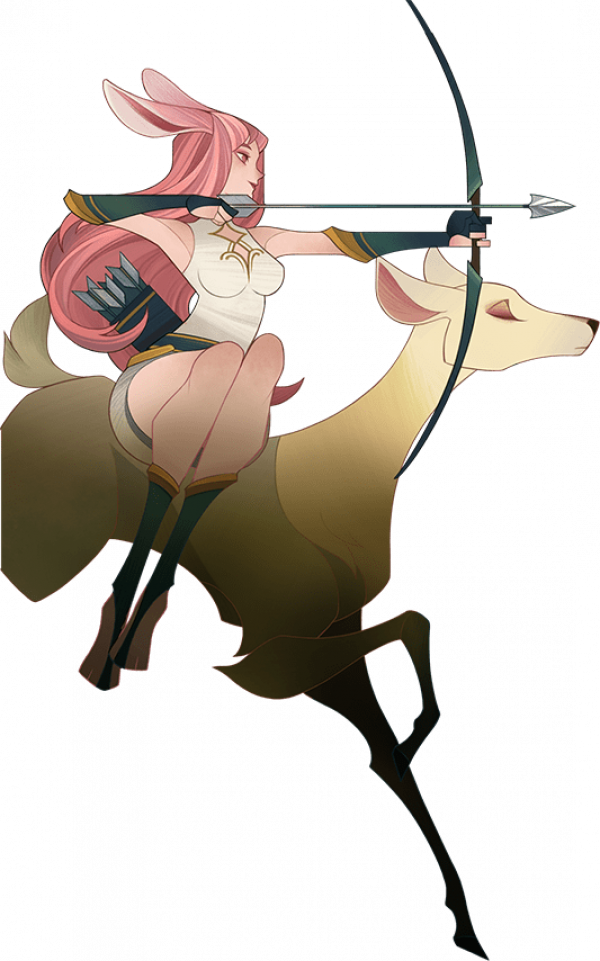 When the sages of the forest chose Lyca to take on the role of First Ranger in the Dusk Watch, it left many people puzzled. Everyone had expected someone older, stronger, more experienced in a fight. When it came to blade and bow, Lyca wasn't even a contender for the most capable. The people couldn't imagine why she had been selected. Despite their initial misgivings, they placed a great deal of trust in the sages, and knew that there must be something special about her that set her above the rest. Understandably, everyone wanted to meet and get to know the new First Ranger, and it didn't take long thereafter for them to understand what about Lyca made her so qualified for the position. She possessed an uncanny proficiency for unearthing the hidden talents and abilities that lay dormant in others, and bringing them out into the light to grow and develop. When people spoke with Lyca and listened to her encouraging words, they often had epiphanies, discovering strengths in themselves they had never known before. After coming to know Lyca, anyone could find their calling. For the gifts she kindled in her people, she became a beloved figure almost at once. Along with the trust of the people, however, Lyca had also won the stars' blessing. One quiet night, when Lyca was resting briefly next to a calm lake deep in the forest, something happened that defied belief. A brilliant light moved across the sky. Lyca watched it trace a white scratch in the darkness and took it simply for a falling star, appreciating its simple beauty, but it didn't wink out. In fact, it seemed to be growing closer. It continued in this way until it looked like it would smash into the water, devastating everything around it. Somehow though, Lyca knew it wouldn't. She felt a calm reassurance wash through her, and stood slowly to greet the light. As it neared the surface of the lake, it slowed and stopped just above the water, bathing the surrounding trees and bleary-eyed, blinking faces of curious onlookers in a brilliant, silvery light. As the light began to dim, a form became visible, standing on - but not disturbing - the surface of the water. A robust yet graceful white hind stood, looking toward Lyca. It moved soundlessly toward her edge of the shore, holding in its mouth a long, curving bow. It reached Lyca's side and raised uptake bow. When she took it, the deer lowered its head and shoulders slightly, indicating for her to mount up. The old sages gathered. They all knew what they would discuss today. The prophecy. It was said that when the forest was enshrouded by evil, the stars would manifest in the form of a pure and holy sigil. The sigil would seek out a worthy hero, and together they would drive the evil away from their beloved home. Lyca, already devoted to her cause, was now filled with a conviction beyond what she had thought possible. She was no longer simply Lyca of the Wilders, or Lyca, First Ranger of the Dusk Watch. She had been chosen by the stars themselves to see her purpose through, and the only thing that would be impossible would be accepting defeat. “When you're lost, look up to the stars for guidance.”