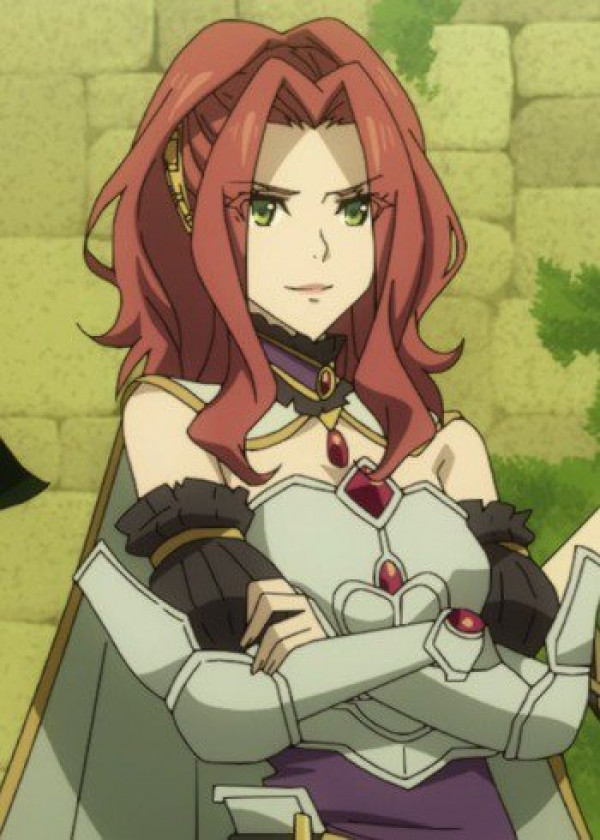 Malty S Melromarc, later known as Bitch, is the primary antagonist of the series. She is the former first Princess of Melromarc who betrayed Naofumi Iwatani by lying about him sexually assaulting her. After her lies were exposed, she was disowned from the royal family where she soon betrayed the other 3 heroes and she became a wanted criminal. Malty was first described by Naofumi Iwatani as a lovely girl with wavy semi-long crimson hair that is tied up in a ponytail with chest-length hair strands hanging on either side, emerald-green eyes, a pretty cute and youthful facial features, yet slightly shorter than Naofumi. Even after her betrayal, Naofumi admits that she is a waste of beauty and describes her as needlessly attractive. Malty normally presents herself to newcomers with her mask of a friendly, encouraging and flirty person, but she is actually a malevolent psychopath with a myriad of negative traits - she is a pathological liar who stands prejudiced, narcissistic, egocentric, haughty, dishonest, hypocritical, corrupt, arrogant, depraved, treacherous, malevolent, sadistic, abusive, deceitful, selfish and tyrannical. She is shown to be highly adept at cheating and manipulating people, and is not above insulting or making them as miserable as possible. She is (to an extent) cunningly deceptive enough to "cry" crocodile tears in order to fool people into taking her side. Something their Queen calls her out on in the manga. Malty will do whatever it takes to get her way and is not above any kind of foul play, willfully interfering in otherwise fair matches. She will readily commit atrocities to gain an underhanded advantage while at the same time considering everything that may disfavor her side "unfair," revealing her to be a sore loser on top of being a scoundrel as well. Malty is extravagant and goes as far as to use the country's treasury for her luxurious spending in daily life, cynically calling it "for the sake of the world." Her greed extends even towards villages ruined by the Catastrophe Waves, heavily taxing them beyond their means simply for the sake of entry and exit. Her mother mentioned that she already used her own body to gain some benefits - it is implied she went sexual on Motoyasu Kitamura in order to better control him. In spite of visibly supporting (or pretending to support) Motoyasu, she is ultimately out for herself alone and stands ready to betray anyone, even her own blood relatives, for her vain, foolhardy personal desires.