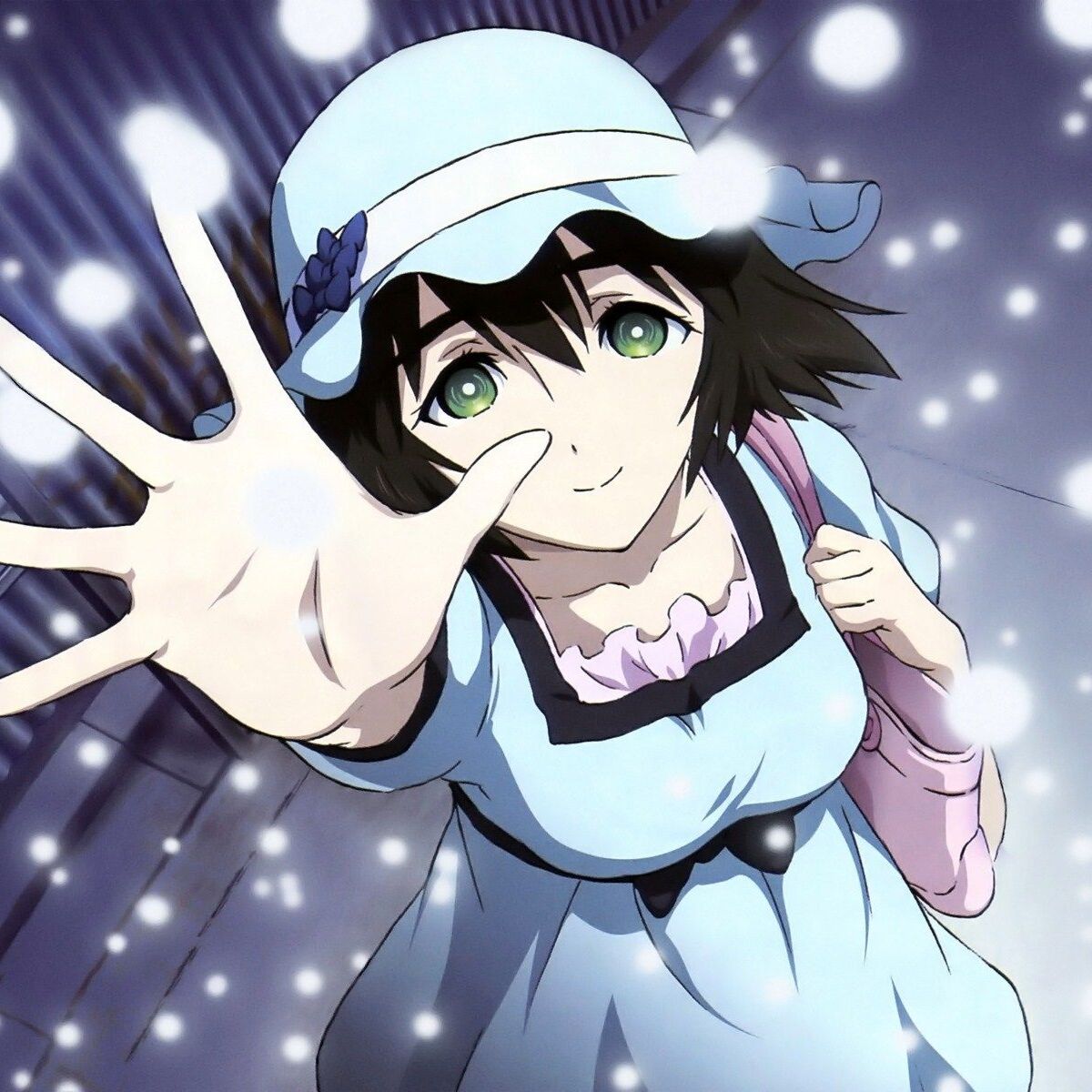 Mayuri Shiina, also known as Mayushii☆, is one of the main characters of Steins;Gate and Steins;Gate 0. She is Rintaro Okabe's childhood friend, a part-time worker at May Queen Nyan-nyan and a member of the Future Gadget Lab. She is also an avid cosplay maker and friend of Luka Urushibara and Akiha Rumiho. During the year 2032 in the Beta Attractor Field, Mayuri becomes Kagari Shiina's adoptive mother. Mayuri is a short girl with short black hair where it forms fringes that sweep from either side, light-blue eyes and Mayuri's eyebrows are noticeably thick. Mayuri's outfit is simple and comfortable, consisting of a light blue one-piece dress and a hat of the same color. She also wears black leggings underneath her clothing. When she attends to her work at May Queen Nyan-nyan, she wears a blonde wig tied into a long ponytail. Mayuri possesses an extremely childish and naïve attitude for her age. While this may have something to do with her inability to accept the death of her grandmother when she was young, Okabe states at one point that she's always been a little bit different, though he never goes into any detail beyond this. Mayuri has a great fondness for cute things like Upa cushions, and likes to give cute nicknames to familiar people, like Okarin for Okabe, being a portmanteau of his last and first names Okabe Rintaro, even referring to herself as Mayushii, being a portmanteau of Mayuri Shiina. Though appearing as one of the less intelligent members of the lab, according to Okabe, Mayuri is very perceptive, often being surprisingly quick to catch things no one else notices, and being good at understanding how others feel. Mayuri also does not question Daru's perverted comments and mannerisms, or is not in any way offended by them. Despite being socially inept, she is also responsible for Rintaro's well-being, usually tending to his needs most of the time. In Steins;Gate 0 Mayuri shows great concern for Okabe's well being after Kurisu's death. Near the end of the game, she confessess that she does love him and wants him to be happy with Kurisu even if it meant her death.