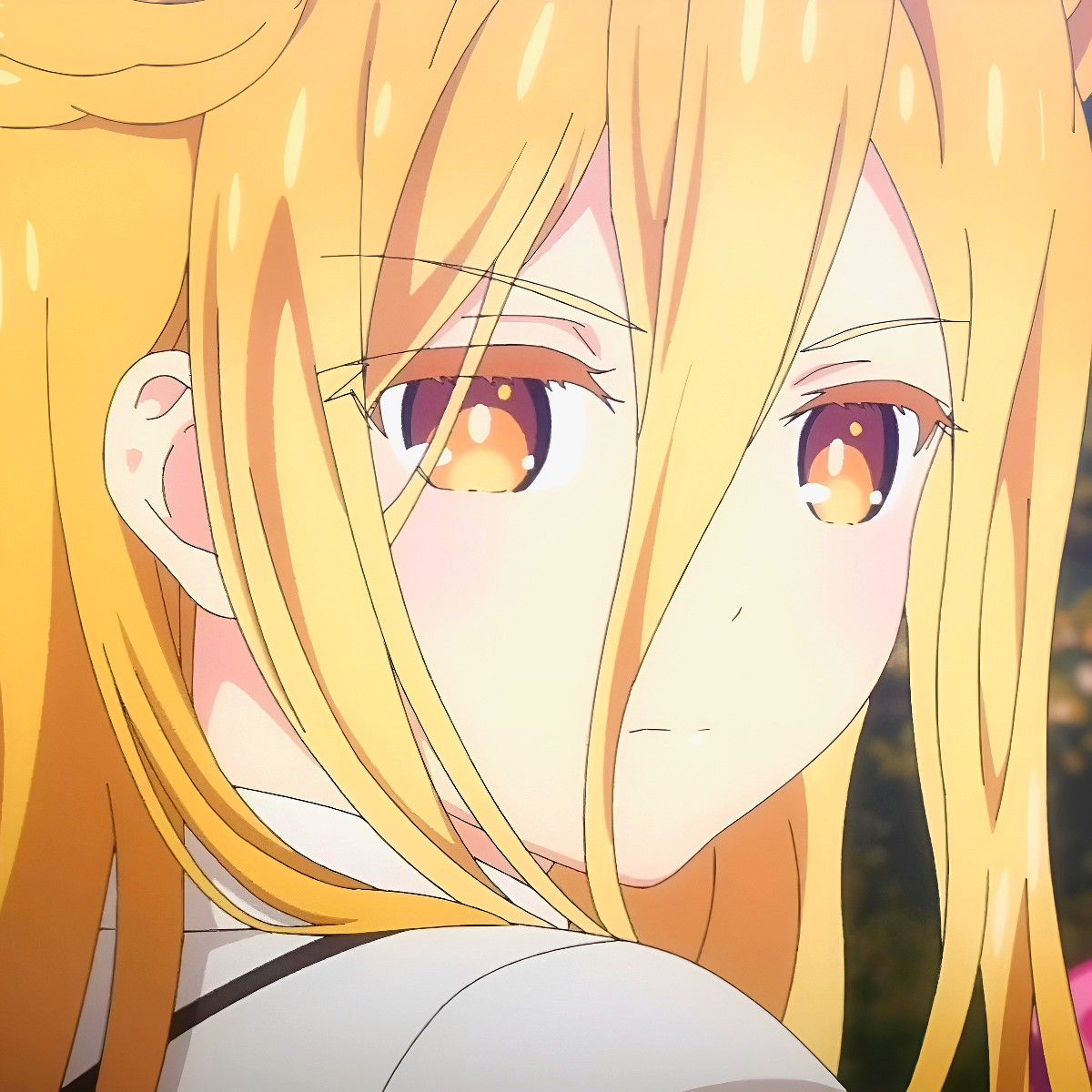 Mukuro Hoshimiya is the tenth Spirit to appear in the series. Mukuro is a beautiful young girl with a voluptuous figure with golden eyes and flowing long blonde hair longer than her own body. She ties her hair together in an Odango hairstyle, and wears ribbons around the buns. To compromise with Shido's concerns about its length, Mukuro lets him tie her hair into a long braid, which she tied around her neck like a scarf. She later requested that Shido trim her hair after her sealing, and would further shorten it herself about a year later after deciding to move on from her adoptive family. In her Spirit form, she wears a lilac and white Astral Dress that resembles a Qipao. The ends of her skirt, which are adorned with constellation patterns, are divided at the edge. Dark blue and purple hair extensions which resemble bunny ears are attached to her hair buns. Additionally, she wears transparent purple gloves that are also engraved with constellation patterns. Lastly, she wears high heel shoes that are attached to metallic greaves. These greaves resemble the leg armor used by medieval knights. When using <Shifuru>, her Astral Dress gains a more savage appearance, including tassels added onto her hair buns. Her three sizes are B91/W60/H88. As a result of sealing away her emotions using <Michael>, Mukuro bears an icy cold, robot-like, demeanor. She claims to be okay with living all alone in outer space and wishes to be on her own. She has shown her willingness of issuing threats and utilizing violence to make sure no one disturbs her solitude. However, the fact that she had told Shido she sealed away her emotions implies that deep down, she wants him to save her from her loneliness. After having her emotions unlocked, Mukuro regained her true personality, which in contrast to her sealed one, is very emotional. Due to growing up as an orphan, Mukuro fears to be alone again and desperately wants to remain attached to those who she believes loves her. Even after going as far as to seal the other Spirits' memories of him, Shido describes her intentions as being motivated by pure love and innocence rather than any true ill will. Due to her past with her older sister braiding her hair while stargazing, Mukuro enjoys viewing the stars and is very attached to her long hair, becoming furious when Inverse Tohka cut it. In terms of speech, Mukuro speaks in an overly archaic style. She often speaks in a third person perspective by referring to herself as "Muku". She often utters "mun" or "fumun" while thinking.