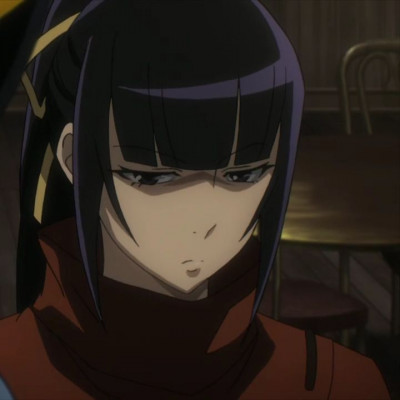 Narberal Gamma is a doppelgänger battle maid and a member of the "Pleiades Six Stars," the battle maid squad of the Great Tomb of Nazarick. She was created by Nishikienrai, one of the original nine founders of Ainz Ooal Gown. She is also known as Nabe, a magic caster and Momon's adventurer partner of Darkness. As an adamantite ranked adventurer, she is one of the most powerful adventurers in the Sorcerer Kingdom. Narberal Gamma is described as an elegant, snow-white skinned, black-pony tailed beauty. People believe her beauty is comparable to that of the Golden Princess. She wears a white bonnet in place of a helmet, and black armor decorated in gold and silver in the likeness of a maid uniform. As a battle mage, her weapon of choice is a golden staff plated in silver. In her adventurer persona, she wears a plain brown cloak. Narberal's human form is gained through her Doppelgänger's transformation skill. However, due to her low-racial level, she can only transform into one form. Her original appearance as a Doppelgänger is similar to Pandora's Actor. Like many others in Nazarick, Narberal views humans as nothing more than low-class creatures. The only human exempt from Narberal's contempt is Aureole Omega. Though she dislikes the thought of killing humans, she will not hesitate to do so if there is no reason to let them live, or unless given an order by Ainz. This makes Narberal one of the two, along with Solution Epsilon, "extremely dangerous" members of the Pleiades. As a created NPC of Nazarick, she is extremely loyal to Ainz and proud of her quest to support him close by. Nevertheless, she seems unable to understand Ainz's purpose to become a hero and does not hide her aggressive attitude towards humans. At times, she will often refer to Ainz with a "-sama" honorific, even when the two masquerade as adventurers and he orders her not to. According to Lupusregina Beta, when Narberal is outside Nazarick working on the job as the adventurer Nabe, she can't bear the thought of letting Ainz be looked upon by those around him in a rude manner. When seeing something like that unfold before her eyes, Narberal ponders whether or not she should immediately kill anyone who acts rude to Ainz before asking for his permission. Lupusregina notes that Narberal has to always keep herself focus at all times whenever she is with Ainz in order to stay on alert for if the enemy were to make a move on him. Whenever she is on a break and resting in Nazarick, Narberal is apparently known to space out, looking at a certain direction where nothing is said to be present in her peripheral vision.