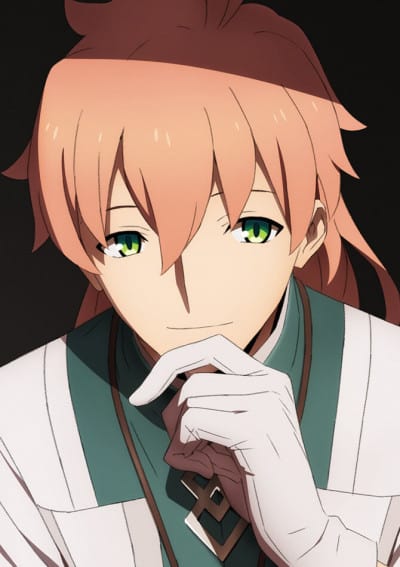 Romani Archaman, nicknamed Dr. Roman, is the head of the medical department and later acting director of Chaldea Security Organization during the Grand Order conflicts of Fate/Grand Order. He describes his hair as fluffy. On his left hand, he wore the tenth ring of King Solomon, hidden under his gloves. After becoming human, Solomon finally acquired the human nature called romance. At his roots, he is a realist and a pessimist. Despite uttering wishful thinkings as a mood-maker, he seems somewhat shameless due to inwardly thinking of them as pipe dreams. While he likes humans, because of his chicken side that “does not want to see something sad”, he maintains a superficial socializing with anyone. In exchange, he can get along with anyone. An archetypal “everybody’s friend”. He has a bad habit of, when caught in a dilemma, ending up choosing to either “stick to observing without making any decisions” or “running away” so that “the status quo is preserved”. Since Roman himself is reflecting on such weakness of his, if someone in his surroundings were to just say a word - “Please, do your best” - he will somehow get a hold of himself and show a decisive judgment fitting of the king of magecraft. He is prone to making many decisions based on the advice of his favorite Internet idol "Magi⭐Mari", who is later revealed to be Merlin in disguise. Incidentally, because the first impression that any Servant ends up getting about Roman is “I don’t get the reason, but he is at fault here”, they unconsciously complained at him. The only ones who did not find fault at him were those who were not Servants, crackpots, and Berserkers that do not perceive evil as evil. His time spent as Romani has really been a dream-like time for him. He was yearning to know how it was like to experience "a human's freedom", even if it was as a Heroic Spirit.