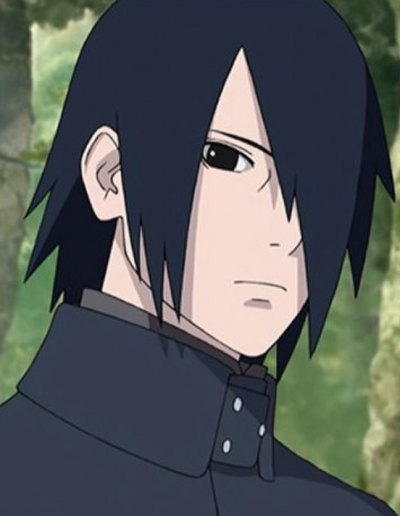 Sasuke is one of the last surviving members of Konohagakure's Uchiha clan. After his older brother, Itachi, slaughtered their clan, Sasuke made it his mission in life to avenge them by killing Itachi. He is added to Team 7 upon becoming a ninja and, through competition with his rival and best friend, Naruto Uzumaki, Sasuke starts developing his skills. Dissatisfied with his progress, he defects from Konoha so that he can acquire the strength needed to exact his revenge. His years of seeking vengeance and his actions that followed become increasingly demanding, irrational and isolates him from others, leading him to be branded as an international criminal. After learning the truth of his brother's sacrifice, later proving instrumental in ending the Fourth Shinobi World War, and being happily redeemed by Naruto, Sasuke decides to return to Konoha and dedicate his life to help protect the village and its inhabitants, becoming referred to as the "Supporting Kage" (lit. Supporting Shadow). Sasuke is the second and youngest son of Mikoto and Fugaku Uchiha; they named him after Sasuke Sarutobi in the hopes that he would someday be just as strong as a shinobi. Sasuke grew up in the shadow of his older brother, Itachi, a natural prodigy who many in the Uchiha clan and the village would constantly compare Sasuke and any of his accomplishments to. Sasuke himself adored Itachi, never passing up an opportunity to spend time with him. Although Itachi welcomed his company, letting Sasuke watch him train and taking him on adventures into the forests, Itachi in return rarely helped Sasuke himself become a better shinobi; when asked, he would often instead poke Sasuke's forehead and promise to do so some other time. Sasuke found this annoying, but didn't allow it to blemish his high opinion of his brother. Sasuke was a happy child, eager to please and be worthy of his family name. This changed after his entire family was killed by his older brother, Itachi, the person he most admired in the world. He became cold toward others, unmoved by and uninterested in what they do or think of him, choosing instead to keep to himself. He stopped using honorifics like "sensei" or "sama", something considered rude in the Japanese language. His only goal in life became to take revenge for his family's deaths and, by extension, acquire the power needed for that revenge, even if it meant acquiring an external power that wasn't his own. According to Hashirama Senju, Sasuke bears a strong resemblance to Izuna Uchiha: he has black eyes and spiky black hair with a blue tint. Sasuke's hair has hung over his face as bangs since he was a child, which as he gets older he allows to grow longer and, in turn, cover more of his face; by adulthood, Sasuke grew his hair to cover the left side of his face, notably his Rinnegan. He is considered handsome by most girls near his age. Sasuke's typical clothing has changed a number of times throughout his life, but the Uchiha clan's crest is usually present somewhere on his clothing, such as the back of his shirt collar. For most of Part I, he wears a navy blue, short-sleeved shirt with a high collar, white shorts, and, for a time, white arm warmers. During the Chūnin Exams' finals, he wears a black, one-piece version of this usual attire with many small belts adorning his left arm and similar bands around both legs. He wears a blue-clothed forehead protector with both of these outfits but starts wearing it less and less after being hospitalized by Itachi, finally abandoning it entirely at the end of Part I.