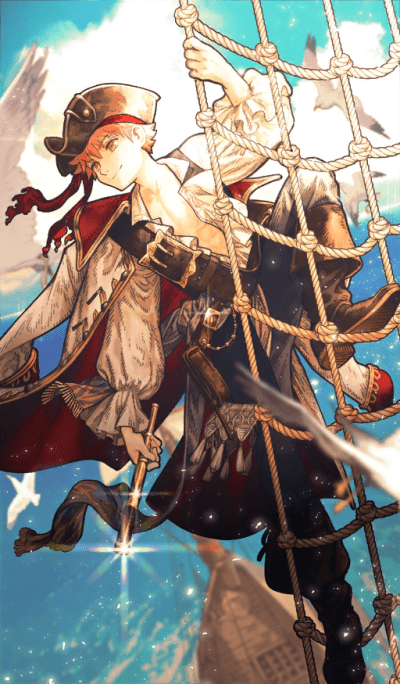 Senji Muramasa, Class Name Saber, is a Saber-class Pseudo-Servant summoned by Ritsuka Fujimaru in the Grand Orders of Fate/Grand Order. He is also summoned as Alter Ego, working as one of the apostles of the Alien God in the Lostbelts. They are working in tangent with the seven Crypters attempting to supplant the Greater History of Man with the Lostbelts. As he is summoned in Shirou's body, he bears the same appearance as Limited/Zero Over Shirou. His stage 2 clothes are described as his normal outfit while in his forge. Upon reaching stage 3, his skin slightly darkens and his hair becomes white, causing him to slightly resemble Archer. An old man who devoted his life to making swords. His appearance is that of a fearless young man, but his spirituality is rather close to his later years. Dashing, no hesitation, and no rot. There are a lot of blunt words, and it be can't said that they are flattering. At first glance, he tends to look like a cold person, but when you associate with him, he's very caring. He is a person with a generous temperament. This is personality of Muramasa himself, but it is also the personality of the body used as a substitute. ........Or, if this young boy's life reached old age, he would attain a similar personality. No matter the person or the content, if asked to do a job, he is work (loveable) person, who has the pride to "finish" it. For work, he sometimes uses ruthless and cold means, but he doesn't seem to only work as a bad person. The ultimate sword he is aiming for is something that can purge the hate. A katana that cleaves through fate, destiny and karma. That can purge one's cause itself.