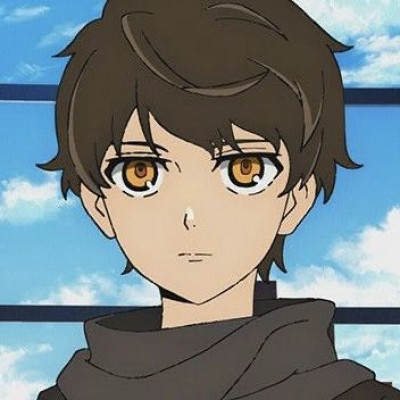 Twenty-Fifth Baam or simply Baam for short, is an Irregular and the main protagonist of Tower of God. Baam entered the Tower in search of his best friend Rachel, another Irregular, who wanted to climb to the top of the Tower and see the stars. Prior to passing Headon's test, he was deemed worthy of climbing the Tower. Before ascending, however, Baam is required to pass the Testing Floors (starting at Floor 2) which are there to weed out anyone that could be harmful to the Tower, and he puts together a strong team in the process. After later being forcibly recruited into FUG, Baam joined Team Tangsooyook and managed to escape from FUG's clutches, eventually reuniting with his old friends and teammates. Due to his affiliations with FUG, he also goes by the name Jue Viole Grace. After the battle of the last station, he decided to return to FUG in order to become more powerful to track down Kallavan and prepare for the war against his army. He is currently on the 52nd floor with his team. After done the battle of the nest his with Lo Po Bia Traumerei, Ha jinsung, cha , and his to get married to a female member of the lo po bia family. Before entering the Tower, Baam had long hair and only wore a white robe. In Part I, Baam is a young boy with dark brown hair (often called black) and amber/gold eyes. He wears a brown long-sleeved shirt, a red vest, and beige pants. After the Crown Game test he received the lowest tier Regular uniform, as well as a headband from Khun to cover his head injury. He is described as handsome and cute by the Black March, Ha Yuri Zahard, Androssi Zahard, and most recently Garam Zahard. Yuri also calls him a "hotty" in Part II. In Part II, Baam has grown taller. As Viole, his hair has grown into a narrow ponytail reaching down to his waist, with his bangs often obscuring his eyes. After the events of the Workshop Battle, Baam cut his hair back to the length it was in Part I. One of his new outfits consists of a black robe, beige pants, and clothes with the mark of FUG. Another new suit, however, is a more formal dress, wearing a purple and black-striped shirt and black pants. He is considered attractive by Yeon Yihwa. After Baam received the Thorn it hovered above his right shoulder in a compressed form. He later learns how to make the Thorn disappear or turn invisible. In Part III, Baam has grown out his hair slightly, with a short ponytail. In Part I, he is a highly empathetic and caring young man, understanding little of life, having had virtually no contact with people before meeting Rachel. He hates loneliness and other people's loneliness, a perspective which is heavily implied when he urges Androssi not to be lonely and even more so when he comments on Rachel's story. He is considered to be very naive and knows little about the Tower. During Part I, his only reason for climbing the Tower is to be with Rachel. In Part II, Viole is far more violent. He now has friends to protect and will not hesitate to fight if it means protecting them. Also, the person who taught him all his morals (Rachel) had betrayed him in Part I, so he is not sure what to believe. He now completely understands that in order to climb the Tower, he must be pre-emptive and prepared to engage in combat and eradicate all opposition. He's become more introverted, rarely ever speaking or displaying any signs of emotion. He's also quite cold and calculating, interacting with others only out of necessity and will take advantage of a situation to defeat his opponents. It's possible that Viole became cold and distant in order to protect himself from getting hurt again and distances himself from others, opting to take tests as a solo even though the tests are intended for groups. This is to avoid involving others in his highly dangerous quest. He joined FUG at some point after leaving the Second Floor, seemingly sharing the same goal as FUG: to slay Zahard and his allies. Later, it is revealed he was in fact blackmailed by Yu Han Sung into becoming a Slayer for FUG as the latter had threatened to kill his friends if he refused or acted weak. As of Chapter 91, he still likely retains high empathy for others but has closed himself off. However, that doesn't mean his heart has changed. He often feels very guilty or even depressed when eliminating other Regulars. However, he also seems to recognize that in the current testing system, "there is no way that everyone can be happy. It's only possible someone will be happy". It should be noted that he still retains his childish side, despite his cold demeanour, as shown by his amazement of the sea. Later on during the Workshop Battle as FUG's hold on him weakens, he begins to be more expressive and talkative. This is shown when he sees Wangnan on a monitor and his face immediately lights up. Later when he officially meets with Khun and Rak for the first time in seven years he smiles happily and embraces them. Showing that his original personality that he had hidden away to protect himself from FUG's influence was resurfacing. Soon on some of his comrades were known to be killed (Prince) and he reacted to the guilt by hiding away and distancing himself from everyone.